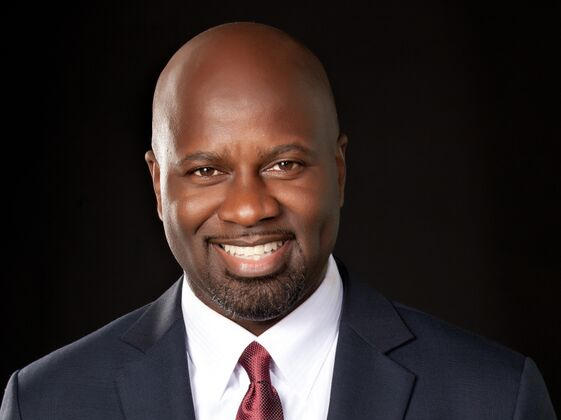 For most lawyers, being a General Counsel at thriving companies is an ultimate goal. However, the journey to GC is challenging and only a select few make it that far. Ernest Tuckett is one of them. He began his legal journey at Georgetown University Law Center, where he began to focus on creating pathways for other minorities to enter the profession by participating in the Street Law program and clinic, in which established legal practitioners extend their hands to high school students, offering them basic education on the law and networking opportunities with law students and law firms to spur the interest of minority, low income students in careers in the law. The Street Law program has shown remarkable results in the lives of lawyers at various levels. Many other pipeline programs have also made a remarkable impact over the decades.

After graduating from Georgetown Law in 1995, Tuckett started his career with the firm Arent Fox. After a decade with the firm as a commercial litigator, he joined DuPont’s legal department as labor and employment corporate counsel. He later became a commercial lawyer for a DuPont business unit. Then in 2012, he became General Counsel for DuPont Canada Company, DuPont’s $1.5+ Billion Canadian business. After two years there, Tuckett was hired as General Counsel Americas for a global paint and chemicals company, AkzoNobel. During his time at DuPont Canada and AkzoNobel, he also served on the board of the Association of Corporate Counsel (ACC), a global bar association promoting the common professional and business interests of its more than 40,000 in-house counsel members.

While serving on the ACC board, Tuckett became increasingly aware of the need for more black general counsel. To help drive his advocacy, he co-founded the Black General Counsel 2025 Initiative (the “2025 Initiative”) in 2018 with April Miller Boise, the General Counsel of Eaton Corporation.

The initiative was born from the unpleasant legal paradigm where black lawyers are vastly underrepresented in Fortune 1000 companies. Based on a study by the Minority Corporate Counsel Association (MCCA) in 2017, only 3.8% of Fortune 1000 companies had a black General Counsel. This appalling number of black lawyers in C Suite leadership positions inspired him to build a network of the top black GCs and other leaders in the legal profession to help other black lawyers navigate their way to the top.

Tuckett has been an active member of Street Law, Inc. for more than 25 years, having served for 6 years as a member of its Board of Directors. Street Law brings high school kids into the light of basic legal concepts through its efforts, including the Corporate Diversity Pipeline program pairing students with lawyers from the legal departments of major companies. Today, he focuses his diversity pipeline efforts on the 2025 Initiative’s initial goal of increasing the number of black General Counsels in Fortune 1000 companies to 50 by 2020 (5%) and to 100 by 2025 (10%).

In collaboration with April Miller Boise, he reached out to over a dozen black Fortune 500 GCs and other leaders in the legal sphere to support the 2025 Initiative and form its Advisory Council. The Advisory Council, with input from the leading legal executive recruiters in the country, created a template of ideal criteria for Fortune 1000 GC candidates, as a roadmap for all aspiring GCs.

These criteria and the names of more than 200 top black senior lawyers who have held General Counsel positions are highlighted on the 2025 Initiative’s website: www.blackGC2025.com. The organization is responsible for seeking out senior black lawyers who are making remarkable progress in their careers and recommend them to companies looking to fill a GC position. In addition, the 2025 Initiative is currently working with a Cohort of 30 black lawyers who are qualified for Fortune 1000 GC roles to help prepare them for such a big position by connecting them with top executive recruiters, and discussing with the recruiters the experiences and must-have skills the company is seeking to better help identify black candidates with the appropriate skills and experience. It is also providing mentors, allies, role models, and avenues to share opportunities within the community of black lawyers.

Furthermore, he stated that the organization is not only focused on Fortune 1000 companies but also on reputable large private companies (Fortune 1000 equivalent), non-profits, and also publicly traded companies that are not listed on Fortune’s list, such as non-US listed companies and smaller US public companies. Although the 2025 Initiative does not claim credit for the progress so far, Tuckett has stated that there are now 55 black GCs in Fortune 1000 companies, which exceeds the goal for 2020, and brings the number of Black GCs more than halfway towards the 2025 goal.

With years of legal and corporate executive experience, Tuckett regularly shares his invaluable advice with law school students and new lawyers. He emphasizes the importance of networking both as a student and practicing lawyer. “Don’t overlook the need to create genuine relationships with people at your level, above your level, and even below your level because life is always moving in ways that we can’t predict,” he advised.

Law school students are typically focused on academic activities and campus-based networking events. However, seizing opportunities to attend social events off campus with lawyers who are already in the industry will help you immensely as you transition into the real post-school world, Tuckett suggested.

He further encouraged every lawyer and student to identify themselves and seek out connections with other people confidently. He believes that minority lawyers are strongest within a network. Reiterating his point, he said that “black people are looking for other black people at all levels to get to know and the vast majority are willing to educate you or connect you with someone in their networks if needed.”

Therefore, whether you are an industry expert, a high-rising attorney, a fresh associate, or a student, identifying and networking with others in your community is essential for survival of black lawyers and other black professionals.