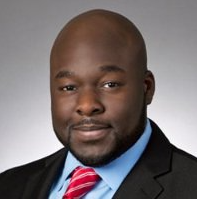 “Generally, everyone should be proactive because it’s under those stones that you don’t think anything’s there; that you truly may find your treasure and your values.” ─Nicholas Austin

Way before becoming the Vice President and Senior Counsel at Wells Fargo Bank, Nick Austin, at one point, was a public school teacher. At Wells Fargo, his desire for greatness is palpable yet admirable. It’s of utmost wonder what makes people get so far in their career while others struggle to get by. Austin’s experience can help bring a piece of the puzzle to the curious mind.

After interning at Foley & Lardner in the summer of 2008, Austin got an offer right before graduation to work with them. The market was doing well at the time, and all was good. All the jollies of S&P’s staggering highs of summer ‘08 didn’t elude unsuspecting Austin. After the market crashed, reiterating the harsh reality of the recession that befaced our great nation, many newly graduated law students were unsure of their future. The fear of the unknown grew, especially among the minority attorneys.

Although he knew he probably should’ve been worried, he wasn’t. He figured he wouldn’t start work early, as law firms had taken a hit. He was okay with the possibility, nonetheless.

In January 2009, news had reached that many law firms were faltering, and many more were closing down. Everyone was talking about the crisis. Who wouldn’t? The world’s most outstanding economy was tumbling. There’s been no better headline on global newspapers since the dot com crash. From professors to the whole law school, panic had gripped everyone. Austin’s anxiety grew by the day.

However, the law firm kept in contact with everyone. That helped subsidize fears significantly. Regardless of the intangible subsidy of fear, the HR at Foley & Lardner had informed Nike that his resumption might be postponed because a transactional lawyer’s role was a bit shaky as the stock market and the resulting national economy trended towards an abyss.

He and some others knew they weren’t going to start immediately with the current situation afoot, but he never knew it would be a whole year before he started working at the firm.

During that free year, Austin spent his time doing what he had a chasmic, but concealed, passion for ─teaching. He’s from a family of teachers, and encouraged by his background, he majored in English at Morehouse College.  He worked in the public school system as a substitute teacher for teachers on maternity leave and others that could not be available for some reason.

Talking about his experience in the public school system, he said, “it was one of the most rewarding experiences of my life. I taught everything from physical education to chemistry, to English, even special education, and really got to learn a lot about the school system in America, what students go through, and the fundamental flaws in our current education system.”

It was a trying time for Austin and, most of all, for the United States. Some didn’t have the opportunity to work as substitute teachers. Some of the people he knew ended up volunteering to work at law firms with no pay. Others did retail and anything they could lay their hands on to make ends meet. It was the toughest of times for legal practitioners, especially for new attorneys like Austin.

In the aftermath of the great recession, many lawyers that deserted the legal practice never made it back. With the increased competition in the job market, when things began to take shape, minority lawyers faced a gruesome reality.

“The residency for attorneys is your first job,” Austin pointed out. “And many of our minority colleagues unfortunately never got that start.” Like doctors, the experience from that first year at a law firm is a building block upon which every lawyer’s career stands. For that reason, most minority lawyers were forced into seeking mediocre career paths.

Austin advises students who’ve had their careers sidelined by the pandemic to build a strong network with backers. “You’ve got to build it,” he stressed. “You have to use the tools that you have available at your disposal. There is the Asian American Law Student’s Society for Asian students and The National Black Law Students Association for black students. You have to use the tools that are there to build these networks.”

Austin believes that without these networks, the possibilities of achieving our goals are slimmer. Nonetheless, there is much more gain in networking than there ever would be losses.