We are less than a week away from one of the most important elections in our nation’s history, and courts are still deciding on issues of absentee voting, photo ID requirements, voter fraud safeguards, felon voting rights and important election deadlines. These 2020 elections election changes, the most important of which are occurring in battleground states, have either just recently happened or could still come down in the days ahead. Meet the justice attorneys fighting to ensure the voting rights of people of color. 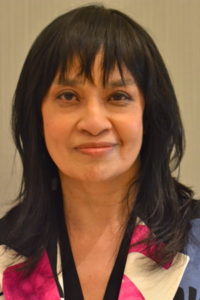 Margaret Fung, the co-founder and executive director of the Asian American Legal Defense and Education Fund (AALDEF), is keeping a watchful eye over Nevada where the Trump campaign and Nevada Republicans filed a lawsuit in Nevada less than two weeks before the Nov. 3 election asking to stop the count of Las Vegas-area mail-in ballots. They also allege the Democratic-leaning county isn’t allowing their observers close enough to do signature-checking. Fung is a graduate of New York University School of Law, where she was a member of the NYU Law Review, a Root-Tilden Scholar, and an Arthur Garfield Hays Civil Liberties Fellow. Margaret was a law clerk in the U.S. Court of Appeals for the Second Circuit and was selected as a Revson Fellow at Columbia University, where she studied journalism. She received an honorary LL.D. from CUNY Law School in 1997. Margaret was appointed to serve on the New York State Temporary Commission on Constitutional Revision, the Mayor’s Task Force on Police-Community Relations, the New York State Help America Vote Act (HAVA) Implementation Task Force, and Community Board #1 in Lower Manhattan. 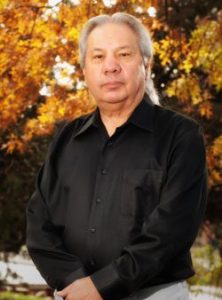 As executive director of the Native American Rights Fund, John Echohawk, Pawnee, is on the front line is the legal battle to force the states of Arizona, Montana, South Dakota, and Alaska to “extend their ballot receipt deadlines, open satellite election offices on reservations and decriminalize ballot collecting, which allows non-relatives to gather and submit ballots on another’s behalf.” They are fighting an uphill battle against the GOP which is against efforts to expand voting access on reservations. Echohawk was the first graduate of the University of New Mexico’s special program to train Indian lawyers, and was a founding member of the American Indian Law Students Association while in law school. John has been with NARF since its inception in 1970. He has been recognized as one of the 100 most influential lawyers in America by the National Law Journal and has received numerous service awards and other recognition for his leadership in the Indian law field. 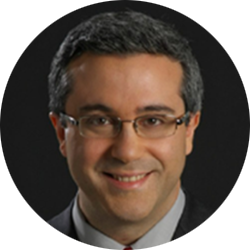 On the ground in Texas is Thomas Saenz, president and general counsel for Mexican American Legal Defense and Educational Fund. He joins other civil rights groups in demanding that Texas makes remote and early voting widely available. This fight continues as Texas authorities continue to try and suppress the vote. Saenz graduated summa cum laude from Yale University and received his law degree from Yale Law School with honors. He later served as a law clerk to the Honorable Harry L. Hupp of the U.S. District Court for the Central District of California and to the Honorable Stephen Reinhardt of the U.S. Court of Appeals for the Ninth Circuit. For eight years, Saenz taught Civil Rights Litigation as an adjunct lecturer at the University of Southern California (USC) Law School and has been widely published.

In places like North Carolina, Georgia, and Florida, a flurry of lawsuits are challenging state voting laws that threaten to disenfranchise citizens. The NAACP Legal Defense Fund’s president and director-counsel, Sherrilyn Ifill, is leading this offense. Ifill is a graduate of New York University School of Law and Vassar College. She has received honorary doctorates from New York University, Bard College, Fordham Law School and CUNY Law School. She serves on the board of the National Women’s Law Center, the National Constitution Center and on the Advisory board for the Profiles in Courage Award. She is a past chair of U.S. board of the Open Society Foundations, one of the largest philanthropic supporters of civil rights and liberties in the country.