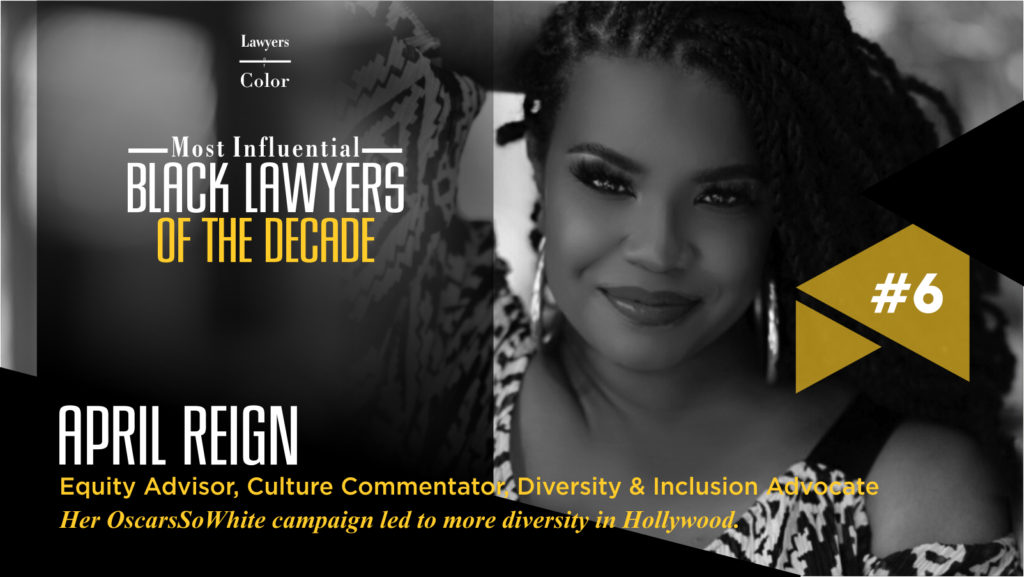 #OscarsSoWhite they asked to touch my hair.

In 2015, as the Academy Awards nominations were announced, April Reign published a series of tweets with the hashtag #OscarsSoWhite. The tweets expressed  her disgruntlement with the Academy’s failure to recognize obviously talented creators of color. It turned out that sentiment was widely held. The hashtag caught fire and led to a movement against the racial inequality in the film industry.  At the time of the tweet storm, the Oscar membership board was made of 92% white and 75% male members. Five years later, in 2020, the board was 84% white and 68% male. This marked improvement would not have occurred but for the attention Reign brought.

Reign has made a profound difference that extends beyond the Oscars. Recently, the Hollywood Foreign Press Association (HFPA), came under scrutiny after its Golden Globe Award nominees were revealed to have no Black women among its 20 nomination slots for female performers. Following the backlash, the 87-member board, which currently has no Black members, said it would “immediately work” to rectify this.

Reign’s influence reaches beyond awards shows to all of Hollywood. Reign’s input in the racial disparity among filmmakers, actors, and creators has inspired some black actors and directors to form BIPOC-focused studios. They are filming stories that would not be told otherwise and presenting recognition chances to those behind the camera. One of these independent, BIPOC-focused publishers is Outlier Society Productions founded by Michael B. Jordan.

In addition to the recognition Reign has gained in media and pop culture-related matters, she is a respected Washington attorney and activist. She is the co-founder of She Will Rise, an initiative of Demand Justice advocating to have the first black woman appointed to the Supreme Court of the United States.  As CEO of ReignStorm Ventures, Reign advocates for the representation of marginalized communities in all areas of the arts, entertainment and tech through speaking engagements, activations, digital and traditional media, corporate consulting and lending her voice to festivals, panels, higher learning institutions and other related efforts.