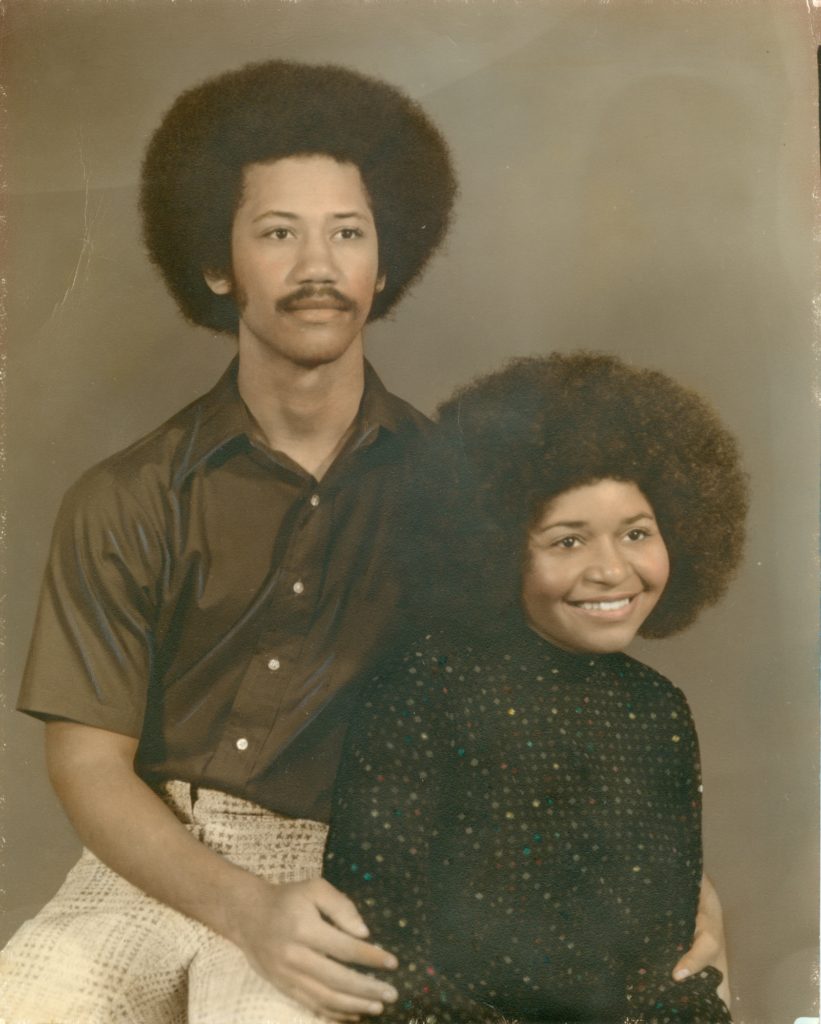 According to Psychology Today, memory is the process by which “the brain encodes, stores and retrieves information.” It’s “a record of experience for guiding future action.”  Many of you know of Ben’s chairmanship of his firm, his representation of clients in complex environmental litigation, that he’s a founder of the Diverse Partners and African American Managing Partners Networks. That he’s a professor, mentor, father, friend. But I’d like to talk a little about what you may not know, namely, the memories that have guided his actions.

Those memories include growing up on Jackson State’s campus where his parents worked and the tyranny of segregated Mississippi, including the violence that ensued when James Meredith dared to enroll at a white school. Because of those memories, he’s never forgotten the importance of HBCUs that educated Black students when the doors to white schools were closed. That’s why when he learned that Howard Law School didn’t offer a course on Environmental Law, he volunteered to teach the course and has done so for 15 years without taking a dime.

Despite 16 hour workdays and little sleep, he always takes the time to speak with lawyers who seek his advice about negotiating the challenges of law firm life.  He does it because he remembers the tough times when he didn’t have a mentor, felt isolated, and didn’t know what to do. Those memories compel him to help, even if it’s just an encouraging word.

When people come to him feeling defeated, he’s transparent and reveals his own failures and how God lifted him. And when lawyers seek his assistance in finding a job, he does the unthinkable. He gives them his proprietary contacts and client list. I asked him once why he would do such a thing. He said he remembered how God blessed him when he desperately needed a job. And because God’s been good to him, he just couldn’t keep it to himself.

He’s the father to our daughter, Rachel. But you may not know he lost his own mother in his youth who was a devoted parent and his school teacher for 3 years. Because of those memories he has a deep appreciation of the fragility of life and the bond between parent and child. So when our daughter was born, he wasn’t just a dad, he was and is a Girl Dad. A father who attended every volleyball game, 230 out of 234 of her basketball games, and every track meet where our daughter during the 4 by 4 listened for his voice telling her when to kick in high gear.

Today is Valentine’s Day, so I’ll end on this personal note. In 1973, before I left for law school, I tearfully told my parents I was destined to be single for the rest of my wife. I just couldn’t seem to find the right man. (It was hard out here for a sistah). My parents told me they believed God had picked someone special for me who I’d find at Harvard Law School. I didn’t believe them. But my parents, God rest their souls, must have sent up some powerful prayers because on the first day of school, in the registration line, this gorgeous man standing right in front of me with a huge Huey Newton afro and muscles rippling out of a tank top (Lord have mercy) turned around, smiled, and introduced himself. Ben, I swooned inwardly because of how you looked, and then you took my breath away when I saw what was inside your heart. I am honored to present the Cora T. Walker award to the man who, after 46 years, still takes my breath away, Ben Wilson.

I wish to thank my friends, Vickie Turner, Kwamina Williford, Roger Goode, Rashida McMurray, and everyone on the Committee for choosing me as the recipient of the Cora T. Walker Award. I have four points that I wish to make.

First, a word about Cora Walker. My wife and I had the privilege of knowing Cora. Until recently, I was unaware that she was the eldest of eight children and when her parents separated, Cora worked after school to help her mother support the family.

After six years of night school classes following a full day of work, Cora graduated from St. John’s University with both a B.S. and a J.D degree. Make no mistake about it, Cora climbed the “rough” side of the mountain.

Spurned by law firms, corporations, and the federal, state, and local governments, Cora did not despair.  She started her own law firm in Harlem in 1947.

In 1988, at age 66, Cora did something she had no obligation to do.  She started the Corporate Counsel Program and thereby made the Commercial Law Section, this section, the most successful section of the NBA.

Then, as now, she recognized that we all need help and she helped my wife, me and countless others.

Second, I wish to thank my wife, Merinda. We will have 44 years of marriage this August.  I might inform you that she was the first woman of color to be elected a partner in a major Chicago firm. I could also tell you how she cut up a Southern Pacific on cross examination like Zorro.  But this is Valentine’s Day after all, and I would prefer to tell you about how we met on the first day of law school. It should come as no surprise to those who know me that I had chosen an advantageous location to observe the women in our class on that day so long ago.  I was smitten by her smile, wit, and highly intelligent eyes.

Years later, her father, who boxed to raise money for War Bonds during World War II and served in the Pacific Theatre, told me the story of his coming home from work late one evening to find his daughter on the floor, studying, with all her books strewn about.

When her father bounded down the steps at 4:30am the next day to get to his construction/demolition job, he was surprised to find Merinda asleep on the floor, legs and books splayed about. When Mr. Davis told me that story, I wanted to cheer for Merinda.  And every time I tell that story my eyes water. I thank God for the blessing she has been in my life.

Third, I want to thank the NBA and this section for making me.  I am not the Chairman of my firm because of my intelligence or good looks, but because I am fortunate to have clients of my own.  A disproportionate number of black men and women, several of whom are with us tonight, are responsible for my success. I owe you everything.

Finally, a brief story about New Orleans and I will take my seat.  55 years ago this summer, I was 14 and visited New Orleans as part of the College Readiness Program at Jackson State College, just 4 hours up the interstate.  I was entering the ninth grade and the other students were going to college that fall.

Mississippi was a much different place then. Just three years earlier, in 1962, James Meredith integrated Ole Miss only after the United States Court of Appeals for the Fifth Circuit, seated in this City, ruled in his favor. Based on the argument of Constance Baker Motley, the Court ordered the integration of the previously all-white university.

Two years earlier, in 1963, Medgar Evers, a fearless leader who my father knew well, was murdered in Jackson by an assassin hidden in bushes outside his home.

But that summer of ’65 was different.  All seemed possible. We were in New Orleans, after all.  We had the privilege of visiting and staying on the campuses of Dillard and Xavier Universities and, like Sam Cooke, we were certain “a change [was] gonna come.”

May we resolve here, tonight, in the remaining time the Creator has generously bestowed upon us, to work to bring about the “change” we dreamed of many years ago. May we fulfill the words of the Scripture, 2 Timothy 4: 6-7:

“6 For I am already being poured out as a drink offering, and the time of my departure is at hand.

7 I have fought the good fight.  I have finished the race. I have kept the faith.”

Thank you for keeping the faith. I am humbled by this honor. We were going to spend the day enjoying the rides at the recently integrated Lake Ponchartrain Park.