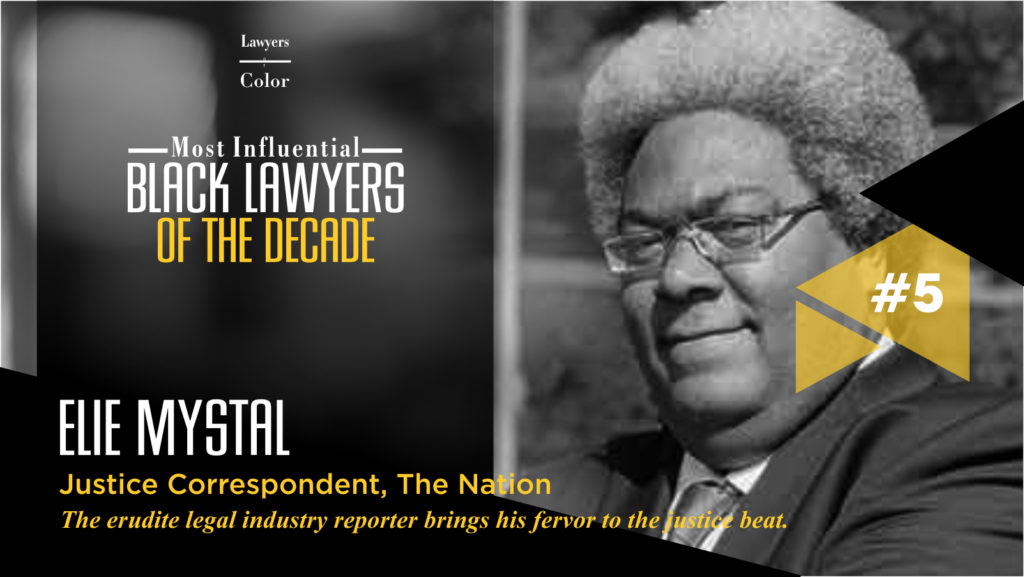 “The majority of white people in this country are not a majority of the country. All the people who are not fooled by this need to come together, go to the polls, go to the protests, do whatever you have to do. You do not negotiate with these people, you destroy them.”

Elie Mystal is one of the most popular legal analysts on television with his MSNBC clips frequently becoming viral sensations. His commentaries in The Nation showcase his ability to deconstruct a complicated legal issue to reveal the injustice in it.

He came into prominence a decade ago when he won a blogging competition to become the editor of the must-read legal news website, Above the Law (ATL). He was the runaway favorite during the competition with his lawyer-fans applauding his brilliance. His relationship with readers became more complicated when they discovered he was Black. Mystal was a lightning rod from the beginning. Readers either gushed or jeered. Regardless, Mystal kept churning out scoops regarding law firm stealth layoffs and writing seething commentaries on the horrors of law school and the legal profession.

Mystal got his start writing for New York Press after quitting his job as a litigator for the prestigious law firm of Debevoise & Plimpton. His impact in the legal profession is invaluable. The complexity of legal matters can be confusing to the average American. Mystal has shouldered the responsibility of breaking down challenging legal matters through his writing for the “Average Joe” to understand the rules of law. Particularly, Mystal dissects the law as it regards African Americans and other minority communities, helping them to understand the fine points of the legislations and public matters that are directly affecting them.

He is a renowned writer and editor with works featured in the New York Times and Daily News. He has served on the panels of Fox, CNN, MSNBC, and several other reputable news broadcasting channels.

Mystal views himself as a common citizen from an ordinary household. He is a proud and “basically competent” husband and father of two.