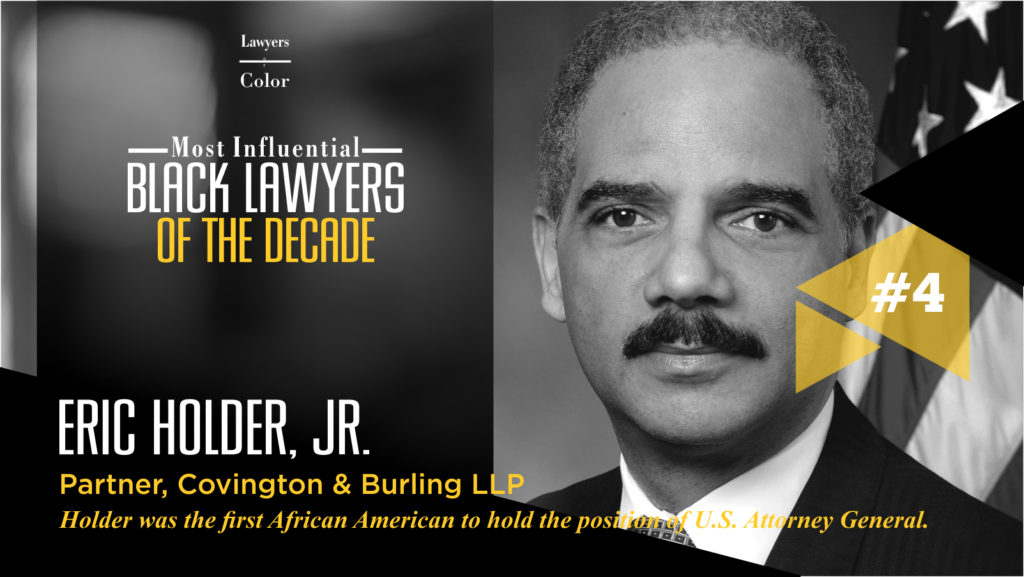 “Too many Americans go to too many prisons for far too long, and for no truly good law enforcement reason.”

In 2009, Eric Holder became the first black Attorney General of the United States, having been appointed by President Barack Obama. During Holder’s time as the AG, the country’s crime and incarceration rates were reduced by 10%, a feat not accomplished in the previous 40 years, according to then President Obama.

Holder grew up in Queens, N.Y. the son of a Barbados emigrant who served in the Army during World War II. Holder graduated from Stuyvesant High School, Columbia College, and Columbia Law School. He began his legal career in Washington, D.C. where he worked in the Public Integrity Section of the Department of Justice for over a decade before serving as a judge of the Superior Court of the District of Columbia. Holder initially made history in the DOJ in 1997 when he was confirmed as deputy attorney general and became the highest-ranking black American law enforcement official in U.S. history.

Time magazine recognized Holder as one of the 100 Most Influential People in 2014 and Legal Times crowned him one of the Greatest Washington Lawyers in the Past 30 Years.

After his resignation as the Attorney General in 2015, Holder returned to Corporate America as the White Collar Defense and Investigations Partner at Covington and Burling LLP.

Holder is a member of the oldest Black fraternity in the U.S., and a professional one, Sigma Pi Phi fraternity also known as the Boulé. For many years he has mentored young as a part of his affiliation with Concerned Black Men.

Holder is married to Sharon Malone, who he met at a fundraiser for Concerned Black Men and the Coalition of 100 Black Women. She is an obstetrician-gynecologist and a graduate of Harvard University and Columbia Medical School. They have three children.