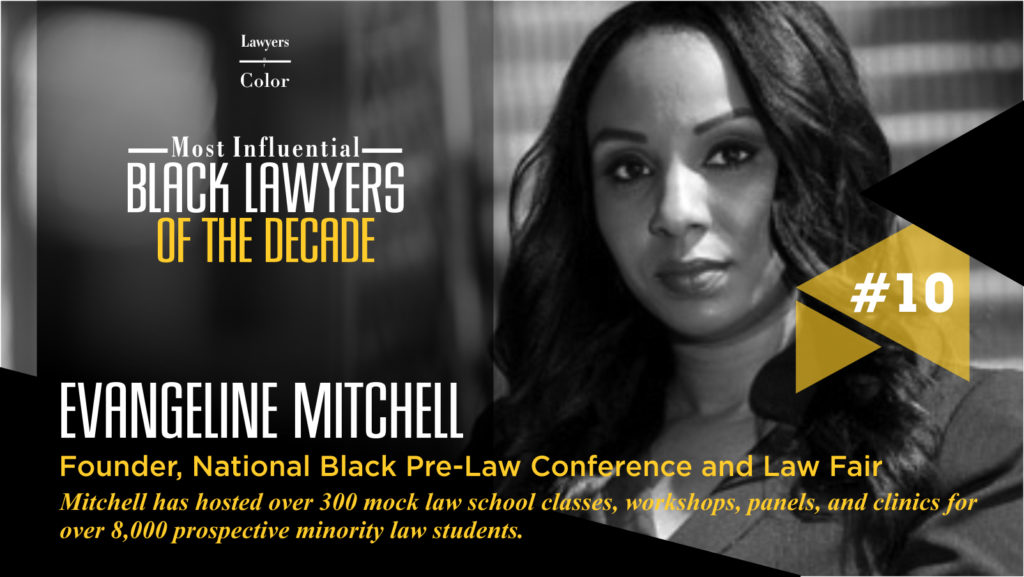 She also recently launched The Bridge Builders Esq. National Mentorship Program for Aspiring Black Lawyers with the goal of providing mentoring circles for prospective law students to enable them to have law student and lawyer mentors and peer pre-law accountability partners to support them in their journeys to law school. Nearly 400 pre-law students have already been assigned circles.  Her goal is to serve at least 1,000 pre-law students each year.

In addition, she is the founder of HBCUPRELAW.com

and BLACKPRELAW.com informational resource websites. Further, she is a documentary producer/filmmaker, and is the creator, director and executive producer of the docu-series/web series “Becoming Black Lawyers: African Americans and the Law School Experience.” Upcoming projects also include “The Black Lawyers Legacy Project” and “HBCU Law Schools.”

Through her self-initiated grassroots programming and other efforts and her ability to bring people together around a common cause, she has helped thousands of Black people across the country with law school aspirations better understand what it takes to get into law school and succeed while there. Additionally, she mentors numerous prospective law students across the country.

Evangeline is a graduate of HBCU Prairie View A&M University, the University of Iowa College of Law, and the Harvard University Graduate School of Education. She holds a Certificate in Non-Profit Management from Duke University – Continuing Studies. She is currently working on completing her Certificate in Documentary Arts from the Duke University Center for Documentary Studies and a Public Leadership Credential from Harvard University Kennedy School of Government. Born in New Orleans, Louisiana and raised in Houston, Texas, she currently resides in Cambridge, Massachusetts with her husband Michael and two children Nyla and Michael II.