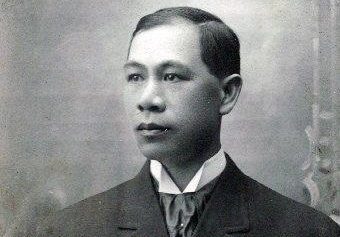 Legal Profession Must Do Better By Asian American Lawyers

The killing of six women of Asian descent outside Atlanta, Ga. is the latest manifestation of the recent increase in Anti-Asian hate crimes, which surged by nearly 150% in 2020. Its psychological toll has been documented in a study published in Ethnic and Racial Studies.

As the legal profession looks for ways to ease the community’s stress and anxiety, we should seek to eliminate the historical discrimination encountered by Asian American lawyers. According to the groundbreaking report, A Portrait of Asian Americans in the Law, by the National Asian Pacific American Bar Association and Yale Law School,  Asian Americans have been the fastest-growing minority group in the legal profession for the past three decades, but they have made only limited progress in reaching the top ranks of the profession.

We can trace the profession’s discrimination back more than a hundred years to when Hong Yen Chang, a Chinese immigrant was denied a law license. While Asian American lawyers have made great strides in the profession in the last century, disparities persist.

Asian Americans comprise 10 percent of graduates at the country’s top law schools, but only 3 percent of the federal judiciary and 2 percent of state judges.

Asian Americans, who at 7 percent, are the largest minority group in major law firms. Yet, they  have the highest attrition rates and the lowest ratio of partners to associates of any racial group.

Only 3 of over 200 law school deans are of Asian descent.

These statistics highlight the frustrating double standard many Asian American legal scholars and diversity experts have pointed out.

While Asian Americans succeed when selections rely heavily on  objective metrics, such as LSAT scores and grades, when it comes to intangibles for promotions, the model minority myth gives way to the “not the right fit” dilemma.

The legal profession simply must do better.