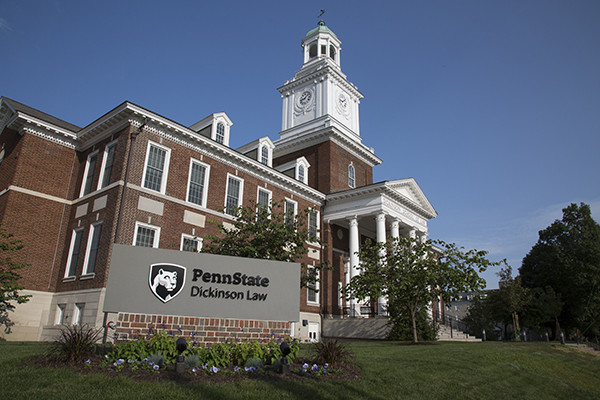 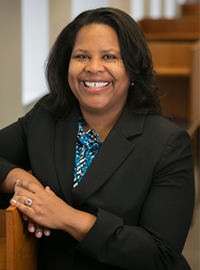 Penn State Dickinson Law is number one on Lawyers of Color’s list of grant-awarding law schools. Nearly all of their students receive tuition scholarships of at least half, with three quarters of students receiving full tuition grants or more. The school’s giving isn’t limited to the institution. At the height of the pandemic, Dickinson Law Dean and Donald J. Farage Professor of Law Danielle Conway made a $125,000 gift to the Dickinson Law Future Fund and Penn State Student Care and Advocacy Emergency Fund. It is likely the largest single gift a Dickinson Law dean has ever given.

Conway is able to empathize with students with financial difficulties. Though she received a full scholarship to attend Howard University School of Law, she struggled to pay living expenses and this worry extends to her current law students.

We asked Dean Conway to tell us more about Dickinson Law and its incredible spirit of giving.

What is the black law student experience like? How do black faculty enhance the experience as well as the community in Carlisle?

Black law students at Penn State Dickinson Law enjoy a small but powerful community of student colleagues and broad support from allies. The Black Law Students Association serves to connect black law students for social, academic, and professional engagement. Black law students and allies alike are intentional about offering mentorship, resources, and guidance. Black law students who present new ideas for programs and opportunities, including those related to diversity and inclusion, are met with enthusiasm by allies, staff, faculty, and administrators.

The strong, interconnected Penn State Dickinson Law community offers intersectional spaces for collaboration and inclusion. The annual Multicultural Mentorship Dinner and Intersectionality Panel, as examples, are organized by Penn State Dickinson Law student-run affinity organizations. Focusing on broad, inclusive representation, these events and others seek to create spaces for all students to thrive.

Can you highlight some of your black law student success stories?

Black law students at Penn State Dickinson Law enjoy successful student experiences that translate into professional successes upon graduation. Dickinson Law graduates have diverse practices nationally and internationally, in the private sector and in government, in federal and state clerkships, in honors programs, and in house. Black law students serve on law review, SBA, moot court, and clinics, and graduate with honors. Black graduates have established pathways for success for students coming after them:

Quincy Ewell ’08 is an experienced mergers and acquisitions attorney and has worked at top law firms on both coasts, and now provides transactional and business consulting as outside general counsel to startups, early-stage and mature private companies from his home base in Los Angeles, CA.

Nicci Harrell Hicks ’08 serves as senior counsel for Nationwide in Columbus, OH. Previously, she worked as director of wealth services for Halite Partners and for NetJets as assistant general counsel and assistant corporate secretary.

Please tell us about your grant program, its history, and its impact.

In recent years, Penn State Dickinson Law has been privileged to enjoy a robust scholarship and grant budget as a result of the University’s investment in the Law School’s success as well as the generosity of our alumni donors who are eager to give back to their alma mater. Deans, of course, are instrumental in both advocating for scholarship support from the central administration as well as aggressively fundraising from alumni and other constituencies to ensure sufficient student support.

One of our most popular grants is Dickinson Law’s signature Commonwealth Scholars Grant, which is a $20,000 per year grant awarded to all Penn State Dickinson Law students who are residents of Pennsylvania at the time of application. As part of the Commonwealth’s flagship state university, the Commonwealth Scholars Grant is designed to reduce the financial burden on residents who seek to remain in Pennsylvania for law school. Another popular grant that Penn State Dickinson Law offers is the Public Interest Scholars Grant, which recognizes the long history of public interest service by students and alumni. Penn State Dickinson Law also offers need-based grants to students who demonstrate significant financial need. Receipt of any of these grants does not preclude students from receiving merit-based scholarship aid, which is awarded based on a holistic review of an applicant’s file and does not require a separate application.

How do you anticipate the current pandemic will impact the grant program in the future?

The economic implications of the pandemic have already begun to impact higher education. Colleges and universities across the nation are redoubling efforts to address the fiscal impact of the pandemic. Penn State Dickinson Law is no exception. The Pennsylvania State University and Penn State Dickinson Law are committed to the land-grant mission, which means ensuring that legal education remains accessible and affordable to support the citizens of the Commonwealth and those of the larger community in the protections secured by the rule of law. Accordingly, Penn State Dickinson Law will make every effort to preserve the availability of scholarships and grants by continuing to engage in sound fiscal planning in support of the delivery of its excellent program of legal education.

What else would you like us to know about Penn State Dickinson Law?

We made a nine-position rise to #62 in the 2021 U.S. News & World Report Best Graduate Schools – Best Law Schools. Also, 24% of tenured and tenure-track faculty are African American. As of July 2020 Penn State Dickinson Law ranked #1 in law schools that help students with tuition.