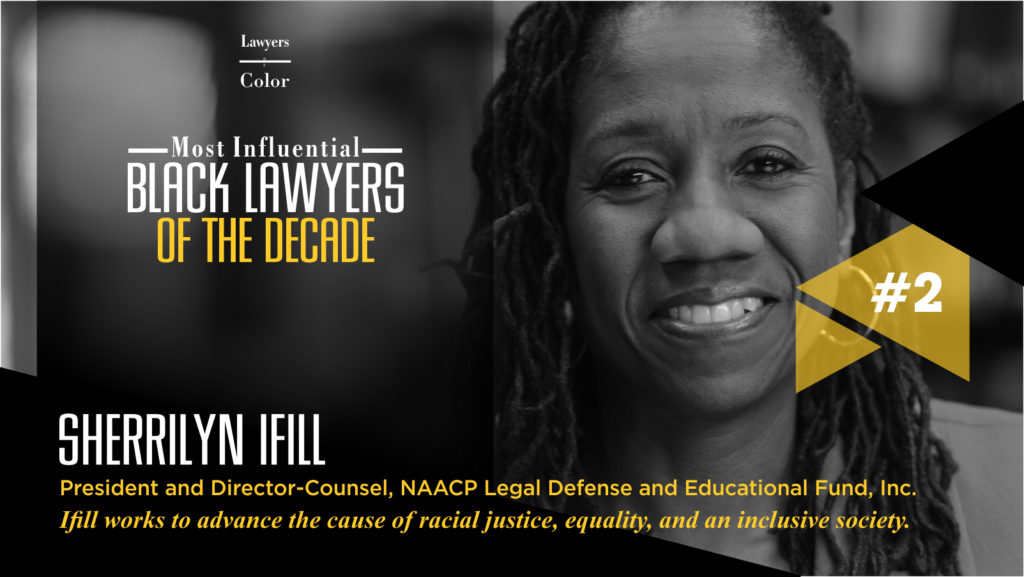 “It takes an entire ecosystem to make transformational change.”

NAACP Legal Defense and Educational Fund is the leading civil rights organization in the United States with impact reaching the four corners of America. Now, more than ever, its fight against police brutality, voting rights, and all other civil rights violations are at record high. All the groundbreaking accomplishments of the LDF in recent times are spearheaded by Sherrilyn Ifill, who in 2013 became the seventh president and second female to lead this prestigious civil rights organization.

In 2019, the Open Society Foundation announced a $15 million donation to the LDF. Under Ifill’s watch, the LDF donations have reached a record high, facilitating more recruitments and better manpower to support fights against civil rights violations across American cities, as well as granting LDF scholarships to deserving students of color across America. In 2020, the NAACP, under Ifill’s leadership, won its case against the U.S. Postal Service for its effect in disrupting elections through delay of mail-in ballot deliveries.

In January 2021, the NAACP announced its intentions to launch a new southern regional office in Atlanta. Ifill believes that it is a necessity to have an office in the south where most of the civil rights violations and racial injustices occur. Also, in January 2021, Ifill announced the Marshall-Motley Scholars Program, an innovative educational and training opportunity to help produce the next generation of civil rights attorneys to “dismantle racial injustice and inequality in the south.”

Ifill’s childhood had a significant influence on her commitment against racial injustice. She grew up in the Jamaica Hills neighborhood of Queens under the watchful eyes of her nine older siblings and churchgoing African Methodist Episcopal parents.

After her graduation from the New York University School of Law, Ifill determined her area of focus to be civil rights litigation and  joined the American Civil Liberties Union. Later she worked at the NAACP Legal Defense Fund Assistant Counsel. In 1993 Ifill joined the faculty at University of Maryland School of Law. There she taught constitutional law and developed one of the earliest law clinics in the country focused on challenging legal barriers to the reentry of ex-offenders.

Last year, Ifill was named The American Lawyer’s Attorney of the Year  and Glamour Magazine’s Women of the Year.  Whe was also honored with a 2021 Spirit of Excellence Award by the American Bar Association.

Ifill serves on the board of the National Women’s Law Center, the National Constitution Center, and the Learning Policy Institute, and on the Advisory board for the Profiles in Courage Award. She is a past chair of U.S. board of the Open Society Foundations, one of the largest philanthropic supporters of civil rights and liberties in the country. Her many academic articles and op-eds appear in leading journals and newspapers. Her book, On the Courthouse Lawn: Confronting the Legacy of Lynching in the 21st Century, was a finalist for of the 2008 Hurston-Wright Legacy Award for Nonfiction.

Ifill and her husband, Ivo Knobloch, have three daughters.